Distoma hepaticum, or Fasciola hepatica of liver-rot in sheep, occurs much more rarely in man. Found as flattened leaf-like worms, one-half to three-quarters of an inch long, lying curled up in the bile ducts and gall bladder. When flattened out the D. hepaticum is broader at the anterior than at the posterior end, but is prolonged into a narrow proboscis in front.

They are brownish in color, and through the brown a pink tinge may be seen. To inject the worm, kill by plunging it into a thin gelatin carmine, which is immediately taken into the alimentary canal. To preserve for examination soak thoroughly in glycerin, and mount in a deep cell in the same medium. With a hand-lens examine and note the oral sucker at the anterior extremity of the proboscis ; from this runs the injected alimentary canal, which is deeply bifurcated and branched, giving off lateral diverticula, and ending in coeca. Behind the mouth is the 4 genital aperture, and next to this comes the ventral acetabalum or I disc; behind which again comes a convoluted tube, the uterus, occupying a considerable proportion of the body cavity. The testes are | situated more centrally, and are bifurcated. The body is enclosed in a chitinous cuticle, covered with very minute spines. Intermediate host, fresh water snail; cycle of generation ovum; ciliated embryo, set free in water by opening of operculum ; embryo loses cilia and enters intermediate host, where it becomes encysted. It then forms_spprocyst: or redia form, by a process of internal gemmation, by which small tailed embryos are formed the cercariae; these escape, and enter the final host, after swimming in water by means of the muscular tail, and become sexually developed as hermaphrodites, and lose their tail.

D. haematobium, Bilharzia haemotobia, or blood-fluke, is an important member of this group, as by its presence in the portal and splenic veins, and the vessels of the mucous membrane of the rectum and bladder, it gives rise to a condition of hajmaturia. It is met with especially in Egypt, the West Coast of Arabia, Mauritius, and the Cape. Unlike the other trematodes, it is bisexual. The male is about half an inch long, is somewhat flattened and curved in on its ventral surface, so that a section is crescentic. Both discs larger in the male than in the female, are placed near the anterior extremity, and the genital orifice lies behind the posterior of these. The female is about one inch in length, is filiform, and is received into the ventral groove, and a canalis gynaecophorus formed by a further folding in of the lateral margins at the posterior extremity of the male. In the urine from a case of such parasitism a quantity of blood may be found; but sometimes scarcely a trace of blood can be detected with the naked eye. If, however, some of the sediment be examined under the microscope, large numbers of ova may be distinguished. These ova are about y^ of an inch in length, are oval, and have a spine or beak situated usually at the broader end. They are yellow, are transparent and smooth, and through the transparent investment may be seen the segmented yolk mass. If a few drops of water be added to these ova, and they are watched under a low power for ten or fifteen minutes, a movement of cilia may be observed within the investing membrane. This becomes very active immediately before the membrane ruptures. The released embryo has imperfectly developed organs, but darts about with great rapidity, the cilia working actively. They may be stained in picrocarmine, and mounted in glycerin, or, better, in Farrant's solution. D. crassum, found in the duodenum; D. sinense and D. conjunctum, in the liver; D. heterophycs, in the intestines, are other important members of this group. 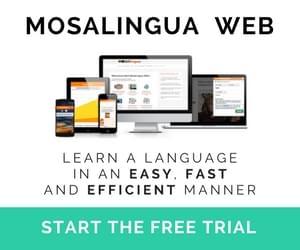